Has Labour councillor Richard Humphreys been bitten by a rabid dog? How else can one explain his unprovoked attacks on the Dogs Unleashed organisation. His frothing effusions can be found in the current edition of LifeTimes (South-East) and on his web site: http://richardhumphreys.blogspot.ie/

He characterises Dogs Unleashed as a "highly organised, well-heeled minority" who generate a "loud volume of noise and misinformation", and later refers to them as "those who scream the loudest". All this about a group that is merely exercising its democratic right to canvass Dun Laoghaire/Rathdown County Council (DLR) about proposed changes to its beach bye-laws.

This decent and responsible group are representative of a wide cross-section of society - and are far from "well-heeled" in most cases (a crime it seems in Humphreys' book). Dog lovers are in fact an amiable and democratic bunch who come from gated mansions, solid middle-class estates, and council-houses.  Far from "screaming", they presented their case in a coherent and well-argued fashion, complete with endorsements from leading vets. A fine example, I would have thought, of local democracy at work.

The most disturbing part of Humphreys' triumphalist rant is that it fails to mention that the final decision by DLR last week represented not a complete victory for either side but a compromise. Both sides had to make concessions. Dogs Unleashed lost the battle for Seapoint (and its equally well-organised swimmers) but won the right to exercise dogs off leash on Killiney Beach.

Dogs Unleashed has over 5,000 members in DLR. A public meeting in Killiney Castle Hotel drew over 700 attendees. All of them felt strongly about the proposed new bye-laws and did what they could to change them by canvassing their local councillors. This I believe is what democracy is all about and should be applauded by our public representatives, not decried and sneered at. The Labour party is in enough trouble without alienating citizens who express views contrary to one of its councillors. His intolerance of democracy in action, and Tory Boy antics, would seem more suited to some right-wing group.

On the Road - directed by Walter Salles 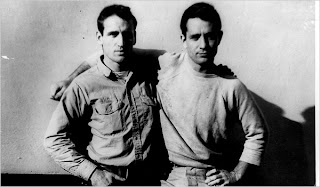 Salles comes with a decent pedigree having directed The Motorcycle Diaries - and this film has the same epic scenery thanks to cinematographer Eric Gautier, who worked on both. The score is also impressive, all jazz and blues with Son House, Slim Gaillard and Ella Fitzgerald to name but a few. Of course the essence of On the Road is unfilmable. It's an unstructured stream of consciousness that only occasionally yields glimpses of coherence. It's largely unreadable. Everybody had a copy in the Sixties but not many did more than dip into it. The idea of the road and the freedom it entailed, especially sexual freedom, was the attraction. The sad fates of both Kerouac (died an alcoholic back living with his mother) and Cassady (dying by a railway track after yet another party) helped puncture that myth. The book was an extended love letter from Kerouac to Cassady and the film does capture this aspect of it. It's also quite dark in places and Salles depicts much of the revelry as forced and desperate. However it ends in bathos with the tramp-like Cassady encountering the newly successful Kerouac on a New York street. This bears no relation to how things ended between them. They grew apart because Cassady was disgusted with the drink-sodden Kerouac and Kerouac in turn reckoned that Cassady had been ruined by LSD. Also, the two lead actors ere far too collegiate and glamorous looking. Cassady and Kerouac were more blue-collar than Ivy League as the photo above shows. All in all though it's mildly diverting.
Posted by Ardmayle at 2:48 PM

Portraits of the Artists 3: John Shinnors

This is my profile of John Shinnors first published in the Sunday Times Culture Magazine on 7 October 2012.


In October 2003 the University of Limerick unveiled Sean Scully’s monumental Wall of Light at the entrance to the university.  Senior academics from the university, local government officials, and members of the upper echelons of the Irish art scene graced the splendid occasion.  The great man himself was there, closely attended by Barbara Dawson from the Hugh Lane Gallery.  After the various speeches, certain notable guests proceeded to a grand dinner in Plassey House, the president’s domain – a handsome art-bedecked building on campus.  As Limerick’s leading artist, John Shinnors was of course invited to join this select group.  But he was having none of it.  It was time for his nightly trip to the Spotted Dog – his local in Roxborough.  While Shinnors doesn’t bite the hand that feeds him, neither does he bother to give it the occasional lick of affection.

This exhibition is termed a mid-career retrospective. A description that seems a tad presumptuous about mortality and longevity. In fact on meeting Ms. Maher on the way in I was struck by how fragile and unwell she looked.  The lighting throughout was turned way down rendering moot the labels for each piece. Unless of course you had downloaded the iPhone flashlight app - as I had. It also caused some clumsy blundering about in the darkened warren of rooms.  I'm sure it was planned as part of the overall experience but I'm not sure it worked too well.  I also expect many social plans got disrupted as people failed to find each other in the murk.

But heigh-ho on to the work.  Alice Maher is as avant garde as we get in Ireland.  She specialises in shock and awe and is rarely less than interesting.  I've no doubt many of her pieces are based on esoteric theories from Gaston Bachelard and others but these references are lost on me. I just submerge myself in the visual abundance:  An elegant confection of snail shells, a necklace of sheep tongues, a large ball of brambles filling a cell-like room, etched ostrich eggs as precious as Fabergé, lots of hair, and a damn silly hedge that I nearly fell over. My favourite pieces were the video animations - there were three of them, two going simultaneously on opposite walls of one room - why I don't know.  Initially I tried to watch them like a tennis match but it was too much for me, so I just watched them both separately.  They were all very sexual with a lot of violence thrown in, especially decapitations.  A Freudian analyst would have had a field day.  Disturbed and disturbing - absorbing stuff.


Overall it was good fun but bring a torch and arrange to meet your date outside.

Profiles of the Artists 2: Donald Teskey

This is my profile of Donald Teskey first published in the Sunday Times Culture Magazine on
26 August 2012.

Portraits of the Artists 1: Maurice Desmond

This is my profile of Maurice Desmond first published in the Sunday Times Culture Magazine on
12 August 2012.