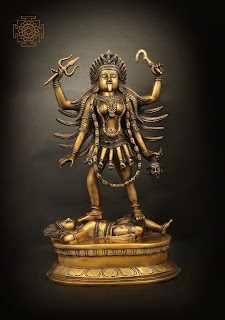 Strolling through Schull a few weeks ago I was surprised to see Ian Bailey driving past in a small Toyota – wearing that bizarre headgear he’s adopted with the furry ear flaps. (It seems more suitable for winters in Siberia than summers in Schull.) I had read recently that he was disqualified from driving and so was amazed that he should flout the law so brazenly. However, on enquiry I discover that he’s appealing the disqualification and so can drive freely until this comes to court. It’s hardly surprising that he’s appealing his conviction considering his frequent contention that he can run rings around our Gardai.

We have been immersed in the whole Bailey debacle for the past few months and one hesitates to be seen as contributing to his relentless self-promotion. We know that he’s beaten his partner viciously and that he’s a bad poet. This year so far there have been documentaries on Netflix and Sky Atlantic, and Nick Foster’s book – a detailed analysis of the case (Murder at Roaringwater Bay). While Netflix points to his guilt, Sky adopts a more tolerant approach and paints Bailey as a bohemian outsider who’s been saddled with a crime without there being conclusive evidence. The Sky version is blighted by Jim Sheridan’s guff and an overwrought script (“the hills cry out for justice”). It sidelines Sophie at the expense of Bailey and Sheridan himself. The primary significance of Sheridan’s production is that lingers over the photographic evidence of Bailey’s assault on his wife. This confirms the view that Bailey is a very violent man where alcohol is involved and where the target of his ire is a diminutive woman. Nick Foster’s book baldly states his guilt although the new evidence he comes up with seems slightly tenuous. It hinges on Bailey lying about meeting the victim and lends undue emphasis to his references to the goddess Kali – a minor obsession of Sophie’s. Nevertheless, a good working hypothesis and the book is a calm and lucid assembly of the facts of the case. He doesn’t share Sheridan’s naïve acceptance of the testimony of Marie Farrell – a woman for whom Mary McCarthy’s famous quip about Lillian Hellman (“every word she says is a lie including “and” and “the”) seems apposite.

My family have five houses in Schull (we’re a large family) so I have spent a lot of time there over the past 25 years. It still took me a long time to actually locate Sophie’s house as none of my family or the people I socialized with knew where it was. You need very specific directions to find it. It’s a bigger and more imposing two-story building than the regular reference to “cottage” suggests. Just beyond the gate on the lane up to the house there’s a simple Celtic cross with Sophie etched on the base. Bailey’s erstwhile home is not as close as I had believed. It’s a good 40 minute walk away and it too is difficult to find without specific directions – in a car it’s 10 minutes at the most.

The evidence that Bailey murdered Sophie is purely circumstantial. Yet there seems enough of it to convince any jury that he’s the culprit:

·       The history of extreme violence towards women

·       The constant, and continuing to this day, attempts to deflect attention towards a French source

I don’t include Marie Farrell’s sighting of Bailey near the crime scene that night. She has changed her evidence so often that it’s better to discount anything she says. Considering she admits to being near the crime scene with a man on the night in question I find it amazing that she has got away without  having to name who he was. At the very least he should be interviewed to confirm her evidence. She now of course asserts that he’s dead. Local rumour suggests it was a member of the Gardai. And one thing that comes across in all the media about the crime is the sheer incompetence of the Gardai. The sight of one of their number (Dwyer) smugly recounting anecdotes and opinions about the crime (on Netflix) as if he’s a blameless bystander is hard to stomach.

The great mystery is why Bailey, guilty or not, would stick around in a place where at least half his neighbours refer to him as “the murderer”. He’s certainly not popular. I was sitting in Newman’s pub in Schull a couple of years ago and there was a meeting of a local poetry group. About a dozen women sat around taking turns to recite their work. Bailey sat on the fringes of the group without seeming to interact with any of them. When his turn came around he recited his doggerel to general indifference. Those in the pub outside the poetry circle ignored the proceedings. I’d have run off to Spain or perhaps Thailand if I were him.

A recurring theme across all the interviews is Bailey’s attempt to point the finger towards France – a hit man sent by her husband or a scorned lover. All concerned had cast-iron alibis and there was no trace of another French visitor in the area. A stranger would have stood out at that time of the year. Besides, a planned hit would hardly have relied on finding a convenient breeze block. It seems a ruse to deflect attention.

While it’s no reason to find someone guilty, there has never been a reasonable alternative scenario put froward in these three recent detailed examinations of the case. This is a situation where perhaps the application of Occam’s Razor should apply.