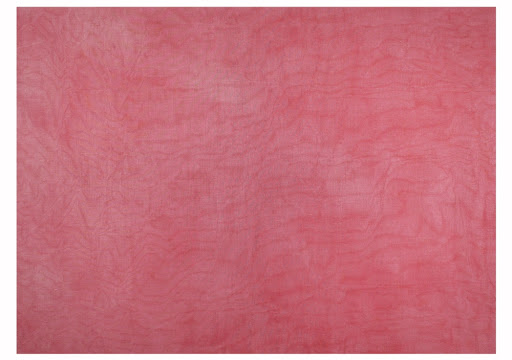 This review first appeared in the Sunday Times Culture magazine on 15 Jan 2017.

Nag (New Art Gallery) consists of two small rooms tucked away discreetly in the basement of the Cross Gallery on Francis Street. It's presided over by the tall and elegant Mark St. John Ellis, late of the RHA, and its mission is to bring us art that is refined in terms of execution and finish and that combines the functional and non-functional.  Its current show certainly meets these criteria by juxtaposing the delicately beautiful paintings of Kohei Nakata (who studied at NCAD) and the sturdy raku of Masashi Suzuki. Raku refers to the bowls and other vessels associated with the Japanese tea ceremony. Nag represents a number of Japanese artists and they will continue to feature in its future programmes. The inner gallery contains more of Nakata's restrained paintings (on layers of gauze) and a variety of elegant bowls and sculpture by other artists. There's also a dark dramatic work by the Belfast artist Ian Charlesworth. This was created using smoke on gesso and plywood - an idea he picked up from the ceilings of UVF clubs in Belfast. 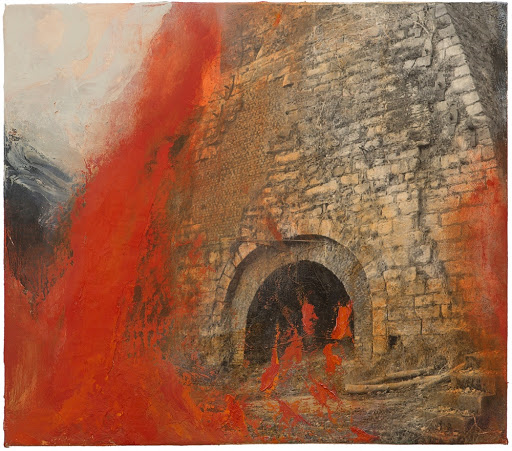 An edited version of this review appeared in the Sunday Times Culture magazine on 18 December 2016.

Hughie O’Donoghue frequently mines the personal for his epic paintings. His father’s involvement in the Second World War informed his early work and of late he has found inspiration in his ancestor’s homeland, the bleak and deserted landscape around Erris in North Mayo. The crumbling stones of an ancient furnace near Bellmullet is the source of most of his latest show. Photographic images of the ruins are painted over in rich reds and hot whites, simulating the flow of liquid metal. The transformative power of the furnace also stands as a metaphor for the alchemy of art. The furnace was named after an infamous landlord Sir Arthur Shaen, so perhaps the artist is also having fun with the suggestion of Hell fires that point to the old brute’s ultimate fate. A childhood visit to Inis Oirr is reimagined in the other paintings on view. While walking around the island with his father he encountered the great rusting hulk of the MV Plassy - driven onto the rocks during a storm in 1960. It has appeared in the guise of the Medusa and as the doomed troop ship Lancastria in earlier work by O’Donoghue.  Here it becomes the ghostly Demeter - the ship used to transport Dracula’s coffin to Whitehaven.