Weird Scenes Inside the Coffee Mug

On the 24th January I bought a litre of Premier Dairies milk in the Centra on Barnhill Road in Dalkey.  We were out of milk so we started using it immediately.


I eschewed my normal tea and biscuit that evening and went to bed feeling decidedly queasy.  I had been pouring milk from the offending carton over my meusli for three days.

The following morning (stomach still upset) I contacted the Consumer Protection Association.  A very nice lady shared my concern and then passed me on to the Food Safety Authority.  A man there informed me that this was an issue for my local Environmental Health Officer in Dun Laoghaire and supplied he relevant number.  I got in touch with a very helpful lady called Grainne who asked me to email her the details of milk's origins and an image of the creature.

She queried me about how the coffee was made and whether the thing could have been in the coffee machine.  No chance I assured her as the milk had been poured directly into the coffee mug and the machine had been used to froth it only.

Things rested so.  An hour later she called me back and said she'd spoken to her scientific advisor and that he wouldn't be able to look at it until Monday - it was now late on Friday afternoon.  However she said he wondered was it possible that it was a lump of curdled milk.  Not a chance I said - it's definitely animal.  However a seed of doubt had been sown.

That night I took the thing out of the deep freeze and resolved to examine it more closely the next morning.  Getting up early I took it out to a table in the back garden, laid it on a sheet of paper, and dissected it with a sharp knive.  It was indeed a lump of curdled milk that had built up inside the frother on the coffee machine. 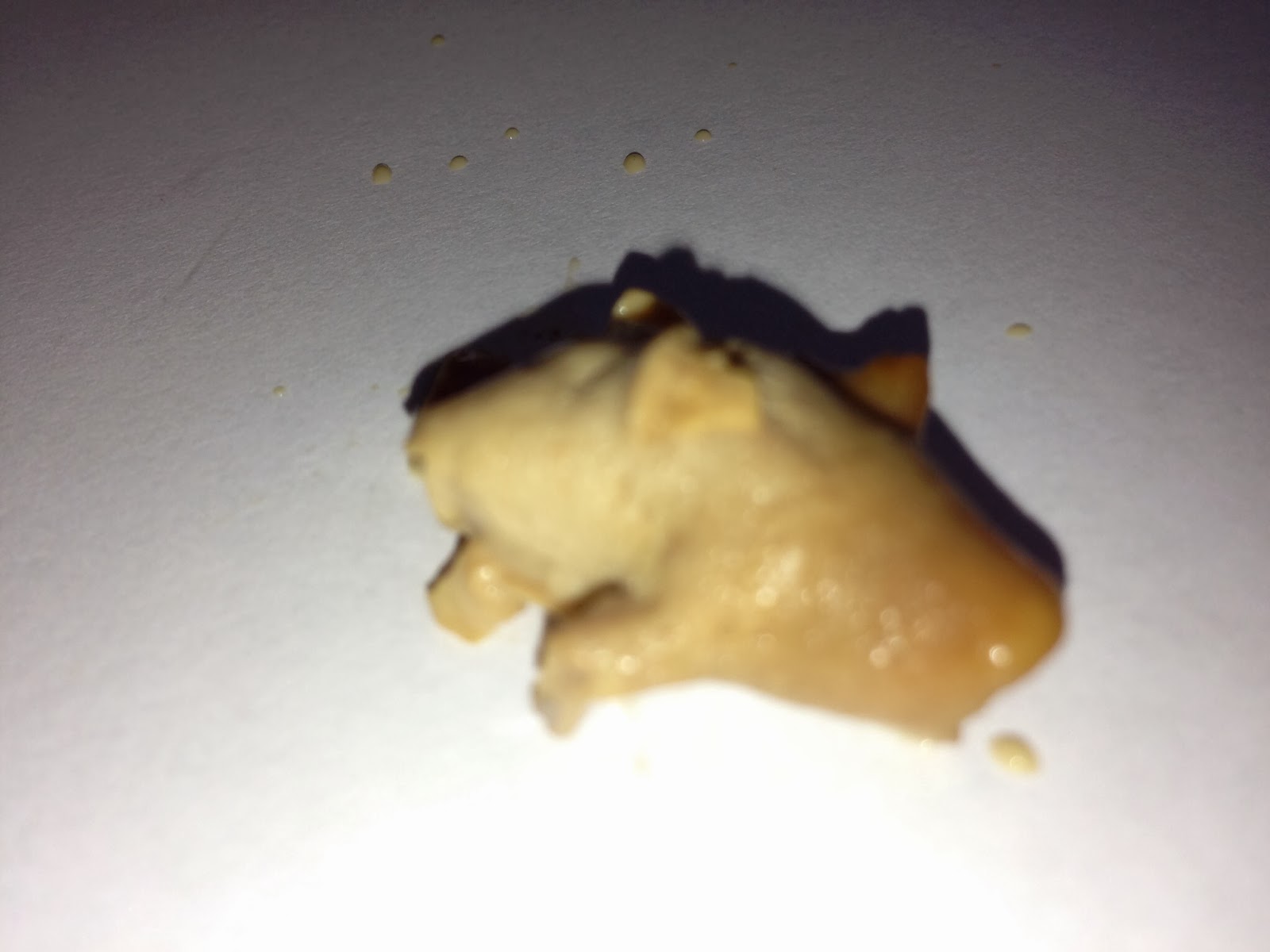 It's clearly time I instituted a new cleaning regime in the kitchen.

A real slow burner by an author previously unknown to me.  The uneventful and mildly tragic life of a farm boy turned academic at a Mid-Western university. It's the density and quality of the writing that pulls you in.  The late author reminds me a little of James Salter. The scene where the conniving student is guided through a exam committee by his mentor is a classic - as is the dying scene at the conclusion.

Breakfast with Lucian  by Geordie Greig

This is more an admiring gallop through the life than a biography. It's beautifully illustrated with Freud's ruthless paintings and is easy reading but it never gets to the core of what made Freud such a brute.  The writer doesn't skip over his subject's appalling behaviour towards his women and children but seems to relish each unsavoury anecdote.  Only the whippets around Freud were treated respectfully.  Everyone else had to accept things on his own monstrously egocentric terms or be excommunicated.  There were moments of grace like his tendency to read Flaubert's letters to his girl-friends but these instances were overwhelmed by the astounding levels of callous abuse.

A serviceable biography of the tyrannical old thespian. Olivier was very far from a luvvie.  He flew with the Fleet Air Arm in the Second World War and brought an unprecedented physical bravery to many of his parts.  He was an extremely hard worker but he was also a stone autocrat.   He liked to act, produce and direct - all the better to maintain total control over a production. His triumphant films of Hamlet and Henry V were examples of this. Actors working for him were told how to do it and he brooked no debate.  Art always came before life and he had little interest in the world outside theatre.  His private life was of secondary importance although he was initially besotted with Vivien Leigh before she went of the rails. No great depths to the book, or perhaps its subject, but a bit of a page turner nonetheless.