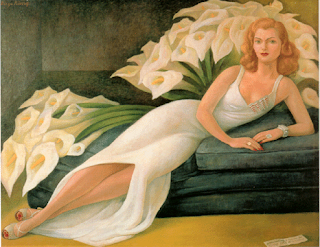 It's good to see a major international show at IMMA - it gives me a good excuse to go around the corner to the Royal Oak for a few pints afterwards.

There was a huge turn out for this gig, not just the usual liggers that IMMA attracts but a lot of senior arts people and artists. It was sponsored by BNY Mellon and the Mexican Embassy were involved so we got Margaritas, Mexican beer, and lots of canapes - followed by a mariachi band.

This was the first big arts event attended by the new Minister for Arts (Jimmy Deenihan) so there were some pointed remarks by Eoin McGonigal the chairman of the board at IMMA about arts funding. As 2011 is IMMA's 20th anniversary he used the occasion to celebrate IMMA's achievements during this period and to assert its major role in the cultural life of the country. He also came out with an interesting Freudian slip (if indeed it was a slip) in thanking the Department of Arts for their "subversion". He may have meant to say subvention. The most interesting thing Deenihan came up with was his commitment to setting up an Arts and Film TV channel and the promotion of the arts in our education system - especially at primary level.