DLR Gone to the Dogs 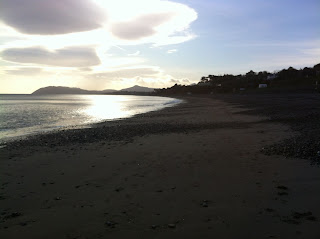 We are used to Dun Laoghaire Rathdown (DLR) County Council interfering in our daily round. An egregious example of this is the most heavily policed parking system in the country. Hordes of whey-faced enforcers, in their comic opera uniforms, patrol incessantly the streets of Dun Laoghaire and Dalkey. To what end? Did we the citizens demand this? Does it promote traffic flow? No we didn't. No it doesn't. It's purely a revenue generating mechanism for DLR and a bloody nuisance. 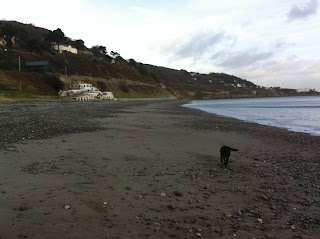 Looking around for further control mechanisms and revenue streams DLR have now decided to tackle the clear and present danger of dogs in the borough. In the past 12 months litter wardens have started to appear on the beaches and in the parks imposing fines of €150 on those whose dogs are unleashed during certain daylight hours. This is apparently in accordance with some 2009 bye-law. DLR has also started to put dog pens in various parks, thereby herding dogs together all the better to spread diseases. Also, these pens are way too small and generate conflict between the crowded canines. Despite numerous entreaties from the public and the creation of a lobby group, Dogs Unleashed (http://www.dogs-unleashed.org/), by the estimable Liz Neligan, DLR have now come up with an even more restrictive set of bye-laws whereby dogs cannot go on certain beaches (Sandycove and Seapoint) at any time, and can only go unleashed on Killiney Beach before 10:00 and after 19:00 during the winter months.

Why? Killiney Beach is largely deserted (check out the images) during winter months apart from the hardy community of dog walkers. Should we abandon it to cider heads, bonfire builders, and the odd forlorn pervert? There is the last resort of Killiney Hill for those who want freedom for their dogs, but I am determined to stay and fight them on the beaches.
Posted by Ardmayle at 1:43 PM