The Hunt Mueum and the Nazi Hunters

A slightly edited version of this review appeared in the Sunday Times Culture magazine on the 11 August 2013:


John Hunt
The Man, the Medievalist, the Connoisseur 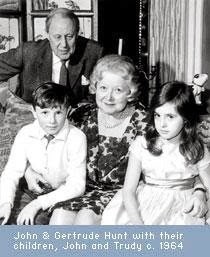 The mean-spirited, and unsubstantiated attack on John Hunt's reputation by the Simon Wiesenthal Center (SWC) has already been repulsed by US academic Lynn Nicholas's report - commissioned by the Royal Irish Academy in 2007.  This book routs any stragglers.  The original attack came in 2003 in the form of a letter from the SWC to President Mary McAleese.  It suggested that the Hunt Museum contained items looted by the Nazis from Jewish families.  Various investigations and reports failed to find a single item that substantiated this accusation.  Nicholas's report in 2007 described the SWC's allegations as "unprofessional in the extreme".  President McAleese administered the coup de grace when she declared that "The SWC had diminished the reputation of the late Simon Wiesenthal".

But the SWC weren't letting go.  In 2008 it published The Hunt Controversy:  A Shadow Report by Erin Gibbons, a BA in History and Archaeology, based in Galway.  This time the attack had moved from dubious artefacts to dubious friends.  A lot of the report chronicles the people with whom Hunt dealt over the years and infers that he shared their political beliefs.  One example (from numerous others) of the quality of the 'evidence' employed by Erin Gibbons and the SWC was the suggestion that Hunt was close to Adolf Mahr, Director of the National Museum of Ireland, and undoubtedly an ardent Nazi.  This closeness consisted of three letters exchanged between 1933 and 1939 concerning items Hunt was trying to sell to the National Museum.  Mahr dealt personally with all acquisitions so Hunt as an art dealer had no option but to deal with him.  He was also dealing with the directors of the Victoria and Albert and the British Museum during this period.  The Irish Military Intelligence files (all of Mahr's mail was intercepted) from the period do not contain any personal correspondence between the two.  Also, Hunt's name does not appear in Mahr's list of 43 "dependable friends" in Ireland.


The real mystery behind all this is motivation.  Why would they attack such a man?Certainly he made good money trading but even a cursory study of his life shows scholarship, dedication and enthusiasm far beyond mere avarice, and a benign indifference to political matters.  The art historian Ciarán McGonigal, who has a skeptical view of the quality and provenance of the Hunt collection, concedes that Hunt's love of archaeology and antiquities was genuine and that he was "a man of immense personal charm".  If there is a chink in the armour of righteousness that surrounds the Hunts it lies in their alleged involvement with a group of smooth operators from Sotheby's in the infamous dispersal of the Pitt-Rivers collection.  It's a murky story involving the making of copies and the selling of originals from the embargoed collection, which was housed in a Farnham museum.  Nicholas Shakespeare, in his biography of Bruce Chatwin, suggests that the Hunts had connections with this group.  Sotheby's remarkably maintained no archives prior to 1972 so much remains in the realms of speculation. Shakespeare also makes it clear that despite these dubious transactions the Hunts did not share Captain George Pitt Rivers fascist politics and that he was "not aware of any evidence of anti-Semitic views on their part".  On the contrary they had made repeated efforts to smuggle a Jewish family (Philip and Anna Markus) out of Germany before the war broke out.  A converted Catholic, Hunt was very religious and carried a crucifix on his person at all times.  The letters and testimony of friends confirm his utter integrity and various institutions around the British Isles can vouch for the generosity of his bequests.  Whither the villain?  And why the witch hunt?

It would be a shame to let this controversy overshadow Hunt's many achievements and his colourful life-story.  The O'Brien press have pulled out all the stops in a richly illustrated and beautifully designed volume.  While Brian O'Connell's take on Hunt verges on the hagiographical occasionally, he nonetheless has a fascinating tale to tell and is not afraid to dispel some myths.  He clears up any lingering doubts about Hunt's family origins.  Despite what was generally believed, and perhaps encouraged by a Brit living in Ireland in a politically fraught time, Hunt had no direct Irish antecedents.  After building up an antiques business in London, himself and his wife Putzel moved to Ireland before the outbreak of World War Two.  His wife was German and they feared, needlessly according to O'Connell, her internment.  They left their Buckingham mansion at Poyle Manor and moved into a modest nineteenth-century farmhouse on the edge of Loch Gur in Limerick where they lived for the next 13 years.  This was a convenient base from which Hunt could embrace his passion for archaeology.  He got involved in various excavations as an unpaid assistant to Professor Seán P. Ó Ríordáin from UCC (where he also completed an MA in Archaeology).  Following various digs he moved on to an ambitious scheme to renovate Bunratty Castle for use as a tourist attraction in the region.  He undertook this demanding assignment with no salary apart from the provision of rudimentary living quarters.  It resulted in an obscure ruined castle on the Shannon being turned into Ireland's biggest fee-paying tourist attraction outside Dublin.

But all the while he and Putzel were continuing their dealing in antiquities, and building up a formidable private collection.  A feature of Hunt's dealing life was the number of unsolicited gifts he made to various institutions, always aiming to house artefacts where they rightly belonged.  While you could argue that this was greasing the wheels for his commercial transactions with the same institutions, he was clearly not a money grubber.  His character, as evidenced by this biography and by the numerous letters and friends quoted, was one of extreme probity.  One example of this probity and generosity was the returning of a priceless miniature altar piece, once belonging to Mary Queen of Scots, to the Jesuits who had originally been gifted the precious object by the condemned monarch.

His final act of generosity was to bequest his personal collection to the State. The Hunt Museum in Limerick is a fitting monument to a gentle, scholarly, and hard-working man.  Looking through its collection recently it struck me how many crucifixes and Christian artefacts it contained.  Hardly the kind of objects you'd acquire through the looting of Jewish households.