Lost Weekend in Ravello (an encounter with a rare medical condition) 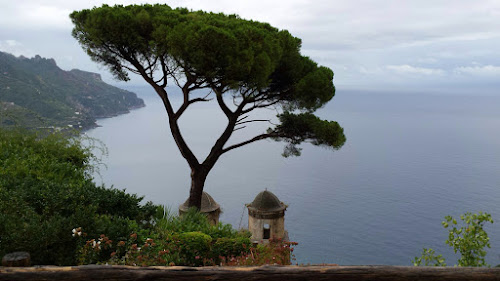 An edited version of my excursion into esoteric medical conditions appeared in the Sunday Times Speakeasy column on the 15 November 2015.
Last month we were invited to a 50th birthday party in Ravello. A beakerful of the warm south before we battened down the hatches for winter. It took place over a long weekend at the Hotel Carouso - perched on high over the Amalfi Coast. Our first stop is Herculaneum to see the petrified city that was buried by Vesuvius in 79 AD. This is well worth the detour on the road from Rome. We roamed around the buried city catching glimpses of mosaics, frescoes, bath houses, and bakeries all indicative of a wealthy and sophisticated society. The ghoulish were catered for in the clusters of grinning skeletons in the cellar areas. Vesuvius stood green-clad and seemingly benign overlooking its handiwork.

We were due in Ravello by late afternoon the next day so we decided to take the scenic route via Sorrento and Positano. It was an interesting ride on a very narrow road that hugged the coast - a precipitous drop to my right as I weaved past the heavy oncoming traffic. Finally we climbed the steep hill into Ravello a town made famous by Gore Vidal and before him Wagner.

The revels began around 7 pm. A lengthy session of aperitifs and canapés were followed by a meal of roast suckling pig. We wanted to keep our powder dry for the gala dinner the following day and so headed to bed early. The next morning we did a bit of local sight-seeing and then returned to the hotel to relax. D decided to go for a swim and I lay down to watch a film from the hotel's library of classic films. (Laurence Olivier's Hamlet.) At some stage I fell asleep and was still drowsing when D. returned to the room. She began to potter around and I assumed she was getting organised for dinner. Lights were turned on and off, doors opened and closed. When the pottering persisted and no productive activity seemed to be ensuing I enquired somewhat querulously: "what are you doing?" "I don't know where I am" was the alarming response. My initial reaction was "get a grip" but it quickly became clear that she was genuinely disorientated - as distracted as the Ophelia I'd just been watching. She kept repeating the same questions: "Where are we? Who's going to dinner?" I rang our daughter in Dublin on Skype in an effort to jog her out of her fugue. They exchanged a few pleasantries but shortly afterwards she had no memory of having spoken to her. I encouraged her to dress for dinner but she didn't know what to wear and asked me to select a dress for her. This was a dramatic deviation from the norm. We eventually pulled together a reasonably presentable outfit - I had to comb her swim dishevelled hair - and headed down for dinner with some trepidation.

We were seated amongst friends and amid the general volubility her virtual muteness wasn't noticed. Mercifully she came out of her disorientation during the meal and began to chat normally. However she didn't eat a morsel of the delicious food and was more than a little bemused. She had become aware of the hole in her recollections of the day. After a decent interval, we retired to our room but before doing so I confided in our host our reason for leaving the party early. Five minutes later his wife, who is a doctor, and a medical colleague were in our room. They were concerned that it could be a minor stroke - we should return to Dublin as soon as possible for tests. A phone call to my brother-in-law in Cork confirmed this solution.

Her GP in Dublin sent her off to St. Vincent's. She did however offer the hypothesis that it could be a rare condition called Transient Global Amnesia - often brought about by swimming. It involves a temporary total loss of short-term memory accompanied by repetitive questioning - but with no long-term implications. Arriving at Vincent's A and E to find it crammed and chaotic we headed south to the Blackrock Clinic where we were attended to immediately (via our health insurance). A day of tests followed and at the end of it the prescient GP's theory was confirmed. A memorable weekend but three hours of it forever lost to one of us.