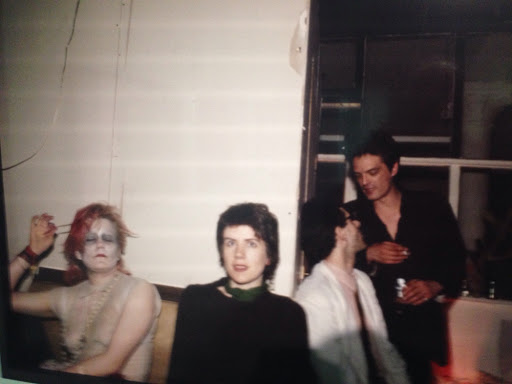 This review appeared in the Sunday Times Culture magazine on the 25 June 2017.


Dick has been described as the “quintessential No Wave filmmaker”. This will be seen as a
compliment in some quarters and an indictment in others. No Wave was punk with added dissonance and nihilism. These days the Donegal-born erstwhile darling of the New York avant garde is lecturing on film in the Galway-Mayo Institute of Technology. The show is a survey of her work from her Super-8 beginnings in 1978 to Augenblick, a new piece filmed in 2017. Although the production values have improved over the years, as have the visual aesthetics, the concerns remain the same: social and sexual politics, street life, and the history of ideas. Despite a faint whiff of didacticism the films succeed in being both entertaining and thought-provoking. Dick’s work is presented  alongside photographs by Nan Goldin – a fellow-traveller in her No Wave days. There’s a resonant early image of Dick as wide-eyed ingenue sitting next to Trixie, one of the undead from the New York club scene.

John P. O'Sullivan
Posted by Ardmayle at 3:55 AM