Lighten up Girls (and Boys) 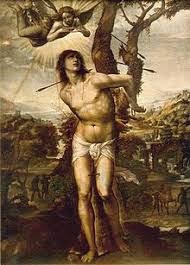 I’ve been reviewing books and art for seven or eight years now – mostly in the Sunday Times and Irish Arts Review, and occasionally in the Irish Examiner. In that period I have rarely received any hostile response. Indeed I’ve frequently been thanked for my modest efforts. There were a couple of exceptions to this tranquil state of affairs – both relating to book review rather than art reviews. There was an issue with the much lamented Eileen Battersby a few years ago when I described the heroine of her novel as a “prig” and there was also some disagreement about her character’s taste in music – letters were exchanged in the letters page of the Sunday Times. Battersby showed more sensitivity than one would have expected from a hardened and frequently stern critic. There was also some quibbling about a piece I did on a book about the Hunt Museum. Some woman saw Nazis under the bed that were not evident to me and also suggested that I was denigrating her academic credentials – again mild enough stuff.

So nothing had prepared me for the avalanche of insult, abuse, calumny, detraction and downright vilification that descended on me a few Sundays ago following a book review I had written. The review was generally favorable and contained phrases such as: “Her entertaining and briskly-paced debut novel”. Before publication I had shown it to a well-qualified literary friend of mine and his verdict was that the author would be well-pleased with my positive response – notwithstanding a few digs at the overtly feminist agenda (men were responsible for all the evils of the post-apocalypse world depicted). Thumbing through Twitter later on the day of publication I came upon a veritable river of vituperation flowing in my direction. The initial source seemed to be a hint of displeasure from the author who deemed me “sexist” – a view echoed swiftly by her business partner. The main issue seemed an arcane one – at least to someone not versed in the details of post-Apocalypse films. I was accused of being sexist because the headline used my reference to the heroine as a “Mad Maxine” – a nod towards the post-apocalyptic hero Mad Max. However, having only seen the original film I was unaware of a more recent female character in the Mad Max franchise (Imperator Furiosa) to whom I should have compared the heroine. On such trifles apparently do the serried ranks of the sisters go to battle. After the author and her business partner had signaled their displeasure a great army of trolls joined in – all it seems banging the feminist drum. Some of them were male, including the great-bearded  “fiancée” (a quaint old-fashioned concept for a feminist) of the author. Such shows of fealty are routine on Twitter. However, they served to unleash amongst their followers increasingly strident and hysterical abuse. The wild inaccuracy of much of it suggested that not alone had most of them not read the just-released novel but few of them had bothered to look at the review either. One of them accused me of calling all women slave-owners (because I had foolishly responded to one of the male abusers - calling him an “Uncle Tom feminist”) - a stretch I’d say.


I was at first pissed off by all this and eventually bemused at both the scale of the abuse and the manifest hatred and spurious rage expressed by this mob. It’s as if mass hysteria had taken over a segment of literary Dublin. I was somewhat mollified to receive an email from an acquaintance who reviews for the TLS expressing amazement at how such a favourable review could receive such a negative reception. My words had clearly ruffled some feminist sensibilities and this sin trumped the positive review – I had deviated from the path of righteousness. However, I believe another factor was also in play.  In the back-slapping world of book reviewing in Ireland, anything less than total reverence is deemed churlish. (Read the blurbs on every Irish novel published in the last 10 years and give yourself a good laugh at the recurring names that have been overwhelmed by the quality therein.) Perhaps I hadn’t been fulsome enough in my praise, I hadn’t gushed enough. But in truth I had gone easy on a first-time author who is hardly Margaret Atwood but would like to be. The novel was an entertaining read, in a Dan Brown page turning way, not a major literary breakthrough. Incidentally, the aforementioned Eileen Battersby was an exception to the mutual adoration society that is literary Ireland – her reviews were perceptive, honest, and unsparing. But she probably had the sense to stay away from Twitter and its standing army of the easily outraged.