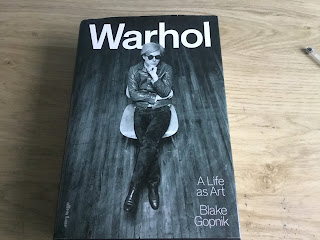 This is a fascinating study of the multiple incidences of schizophrenia in a middle-class American family. Although I call it a study, it’s actually an absorbing story as the family is transformed from the average, suburban Americans (all football and and church-going) into a dysfunctional group riven by madness, incest and murder. The sane ones get to tell us about the mad ones while the mother and father spend most of their lives in denial. The scientists have a field day with this family where arguments of nature and nurture and the best treatment for schizophrenia can be examined.

This is a well-written account of an IT ingenue who moved from a literary background to work for startups in Silicon Valley. If you want to know about the fashions, food fads, and foibles of the young computer gods, this is the book for you. Wiener (who is now a staff writer at the New Yorker) casts a cold eye on the whole cosseted, insulated, and self-entitled shower. It peters out a bit towards the end where she’s wrestling with her conscience but her observations are acute and entertaining.

You really need to be an avid Warhol fan to enjoy or even complete this book. The level of detail is exhaustive and unnecessary - especially around his early graphic design work. It’s over 900 pages and in all that real estate the writer has nothing but uncritical praise for Warhol’s every artistic endeavour. Even his most tongue-in-cheek, taking the piss (and using the piss) exploits are treated with reverence and cloaked with the most risible and often impenetrable artspeak. A constant throughout is the artist’s work ethic and his consuming ambition to be famous. There are interesting biographical facts. Much of his early work in art and advertising featured his mother’s lettering as she was better at it than him. Also, despite his later reputation, he was no sexual slouch and went through an array of likely lads. But ultimately his unlovable persona dominates and nothing in there makes me change my mind about his affectless and facile art.

We mostly associate MacIntyre with page-turning accounts of spies and espionage. He’s a fluent writer and I’ve enjoyed a few of his real-life Le Carre stories. This is something completely different. It’s ostensibly an account of the life of Elizabeth Forster-Nietzsche and her abortive attempt with her deluded fascist husband Bernhard Forster to set up a New Germany colony in Paraguy. The book starts out as a travel book to the little-known regions of a little-known country and we get plenty of colour and incident. It then diverts into a competent potted life of Nietzsche - good especially on his relationship with Wagner. Then it covers Elizabeth’s efforts after his death to shoe-horn his thinking into the Nazi’s jackboots. Nietzsche was an avowed enemy of all anti-semites (hence his break with Wagner) and German nationalism so this endeavour proved hugely problematical. Her shameless courting of Hitler is detailed.  The book latterly doubles back to encounter some of the dissipated and assimilated descendants of the failed colony in Paraguay. A real curiosity of a book full of interesting sections. One caveat, the casual way MacIntyre deals with the drowning of a native boy on a voyage up river in a boat he hired is a bit of a shocker. Poor old Ector.

This is shocking stuff on two levels. On the one hand it’s the story of how a squad of US soldiers in Iraq murdered an innocent family in Iraq after raping the 14 year old daughter. The squad was sorely put upon in terms of the duration of its tours of duty and the killing of its members but it also housed at least one psychopath who was the prime mover. The secondary story is on-the-ground details of the pure folly that was the invasion of Iraq without a plan for reconciling the discordant elements.