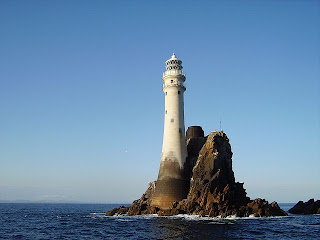 Sojourning in Schull with some bibulous friends I decided we needed a break from the unceasing revelry. The sailing season had just commenced and the harbour had begun to fill with boats fresh from their winter quarters in dry dock. My brother-in-law (henceforth known as Skipper) was amongst the sailing fraternity eager to kick off their season so I offered the three of us as sailing companions and ballast for the next day. The weather was promising but we decided to make a final decision the following morning based on prevailing conditions.

The next day dawned and as I made my way down to Brosnan’s for the Irish Times I noticed a stiffish breeze. My hungover companions were less than enthusiastic about the whole venture but agreed to let Skipper make a decision. He too was non-committal but said he’d leave it up to us – a pattern that was to repeat itself with dire consequences later in the day. Eventually I suggested we go for a “tootle around the harbour”. I’m not sure what “tootle” actually means but everyone agreed that this was a reasonable plan.

So off we go, Skipper and Son and the three amigos. We proceed sedately around the harbour for 40 minutes or so until Skipper suggests we go look at some seals on a little island outside the harbour. And we do. So far so idyllic – apart from Skipper treating us to various physical indignities (brushed aside, leant over, groped between the legs, stood on etc.) as he went about his sailing business. After the seal sighting he suggests we head for Sherkin Island – a fairly sheltered journey about an hour and a half away. We agree and settle back. The wind is behind us so it’s relatively smooth despite the freshness of the breeze. After a while as we reach a point quite close to Cape Clear. Skipper asks would we rather go there instead as it was only 20 minutes away as against Sherkin’s one hour. He makes it clear that it’s entirely up to us. Son stays quiet - in fact he remained resolutely uninvolved in all group decisions. There is no discussion on the relative quality of the routes – it’s purely a time thing. We have a pressing engagement in Hackett’s at around six so we opt fatefully for the shorter journey.

We proceed benignly to Cape Clear and decamp for a drink while Skipper and Son remain on the boat and enjoy a little snooze – and an intense bout of biscuit scoffing. We return in about an hour and head out of the harbour towards Schull – a journey of 90 minutes or so Skipper estimates. As soon as we leave the shelter of the harbour we hit what can only be described as a boiling maelstrom. The prow rises high in the air and bangs down alarmingly (and surely plank splittingly) on the turbulent sea, the boat tilts to the side at around 45 degrees and waves wash over all five of us sitting in the unsheltered stern. We had taken down the sails for the trip home but the conditions demanded they be hastily raised to bring some stability. Some stability still meant bouncing around at a 45 degree angle and getting soaking wet. To our left on the dancing horizon I could see the ominous sight of the Fatstnet – a name forever associated with sailing fatalities. Terror and acute discomfort battled for supremacy so I decided to repair to the small cabin and confront the demons alone. There the fear and physical discomfort were joined by a feeling of acute queasiness as I began to inhale the diesel fumes. To the side the small toilet smirked at me suggestively. My gorge rose with the seas. Through the hatch I gained some comfort and distraction by observing my ashen-faced companions stoically enduring their torments. Nobody said a word. Salty dog Skipper and salty dog Son, ensconsed in water proofs, seemed unmoved by the whole debacle. Benign indifference was their attitude to our plight – although I suspect Skipper of basely entertaining some well-concealed schadenfreude.

On it went endlessly. I never quite got sick but the bile that is vomit’s precursor filled my throat. I did breathing exercises: breathe in for 10 seconds, hold for 10 seconds, breathe out for 10 seconds. Now repeat. I’m not sure that breathing in diesel fumes was helping so I quit that and distracted myself with thoughts of my loved ones and how they would get along without me.

And then it was over. As we tied up Skipper averred that it was the roughest crossing he’d ever made from Cape Clear. He also said that he was by no means certain our life jackets were still working (some gas bottle issue) but he felt that he should wait to tell us this until we docked.
Posted by Ardmayle at 8:14 AM