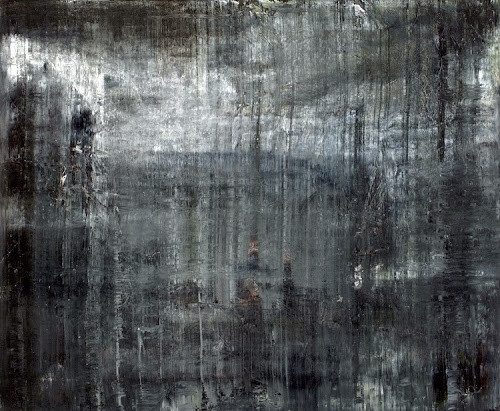 A slightly edited version of this profile appeared in the Sunday Times Culture magazine on the 14 December 2014.


Stephen Lawlor doesn't seem like the superstitious type. There's too much of the trenchant Dub in him, you feel, to indulge the magical, mystical side of life. Therefore it came as a surprise, when interviewing him for his current show, to discover that he'd seen a ghost and continues to be deeply disturbed by the experience. "It doesn't leave you. It stays in your head". The incident occurred on a trip to Uttersberg, a tiny village a couple of hours north of Stockholm, in 2006. He was there to open a Graphic Studio show at the Galere Astley and was put up by his hosts in an 18th century hunting lodge that had been converted into a small hotel. He retired early and sober - determined to get a good night's sleep before the event. After he had put down his book (on Elvis) and turned out the light, he became aware of some small circles of light at the foot of the bed "like grey smoke glowing". These circles gradually coalesced into cheek-bones, ears, eyes and finally a female figure, dressed in old-fashioned apparel. The woman appeared angry and "she then lunged at me really savage". Lawlor defended himself by means of the "Ringsend uppercut" (a kick to the crotch) and the apparition disappeared. When he mentioned his experience to his land lady next day he discovered that this cranky phantom made regular appearances in the house and had once put a trio of burly Swedish tradesmen to flight when she assailed them during renovation work. Lawlor was so impressed by this incident that he returned subsequently with a film crew and made a short film about the house and its seemingly haunted room. More significantly, he asserts that the incident "has in a strange way subsequently affected my work". It's not a direct link, he maintains, "but I think subliminally there may be a connection."

Looking around his new show at the Oliver Sears Gallery you are inclined to agree. A large number of the works feature less than fully-defined, almost ectoplasmic heads. There are also a number of small cryptic portrait sculptures - some jet black, some painted. An artist who initially painted (and sculpted) stylised horses and atmospheric landscapes has thus continued his more recent focus on portraiture. This tendency began with his Beyond Carmen show in 2012. In that show his portraits were of friends and colleagues. The features in every case were blurred or obscured giving them a strangely eerie other-worldly feel. Whatever about supernatural influences he readily acknowledges a debt to Francis Bacon who would paint in features and then blur them. "Bacon had it down pretty well, to retain the character and not allow the visage to disappear." Most of the subjects in his latest show are women, some of whom seem vaguely recognisable. One of them, Icon I, contains clear hints of Leonardo's Ginevra Di Benci, while one of the few males on view suggest Holbein's Henry VIII. These new works, both portraits and landscapes, are in fact ghostly intimations of the past - but it's the history of art that they represent rather than a bizarre incident in a Swedish hotel. The clue is in the title of the show, Some Untidy Spot, taken from W.H. Auden's 1938 poem Musée de Beaux Arts - which in turn was inspired by Brueghel's Fall of Icarus. Auden's poem celebrates the old masters and the "untidy spot" is where their great dramas took place against a backdrop of mundanity, ordinary people going about their daily chores.

The shows's stand-out piece is Veil, which is based on Poussin's Orpheus and Eurydice - as seen through a veil, darkly. There's also an atmospheric version of Constable's Salisbury cathedral. Those versed in art history will have fun seeing the obvious connections between Rendezvous and Rubens' The Brazen Serpent and between Vignette and Mantegna's Adoration of the Magi. But mostly what you get are intimations and reverberations rather than direct quotations. Lawlor's knowledge of art history is encyclopaedic and many or the references will be too arcane for the average punter. But of course that's irrelevant. The show stands or falls on the integrity of the images in themselves.

Lawlor has had an unusual career trajectory. There's little in his family background to suggest he'd become an artist. But he always liked to draw and remembers fondly a substitute teacher at Westland Row, Michael Connaughton, who saw his work and encouraged him. "He said to me 'why don't you come along with me to the Grapevine Arts Centre'". After an initial rejection by NCAD he worked in an ad agency for four years before returning to NCAD to study Visual Communication. When an opportunity came up to transfer to Fine Art he spurned it because it would have meant going back to first year. "At that time a year seems forever". You can sense that he still regrets that impatient decision. "If I had, I would have engaged with painting earlier". There was an issue of self-belief also. "I didn't have the confidence to see myself as a fine artist."

However, his work load in Visual Communication was very light for a designer hardened by four years in an ad agency and as he had access to the life room he spent a goodly portion of his three years working there on his drawing skills. A major influence at that time was Roger Shackleton whose effortless draughtsmanship Lawlor strove to emulate. After art college, having no interest in graphic design, Lawlor took a series of mundane jobs until destiny took a hand. A romance with Jane Powers brought him into the orbit of the Graphic Studio where her sister, Mary Farl Powers, was one of the founders. An intense spell there enjoying the tender ministrations of James McCreary set him on the path towards creating art via the medium of print. He quickly developed a reputation for his small exquisitely rendered etchings. It also uncovered an entrepreneurial streak in him as he soon realised that he had to find a market for his work outside Dublin and the Graphic Studio Gallery. He developed a network of galleries around the country and subsequently in Sweden, the USA and Europe. "In certain years I made more money in Sweden than I did in Ireland". He also became chairman of the board of the Graphic Studio during a seminal period in its evolution and helped set it on the course that makes it one of the most secure and best-housed arts organisation in the country.

In time he began to itch against the constraints and sheer physical toil involved in print making and in the mid-90s began to experiment with paint. He also felt his commercial endeavours was interfering with his art and so he dissolved his various business partnerships to focus on his work. He found the physical act of painting very liberating compared to the rigour and precision of etching. It took him a while to find his voice. He first show devoted exclusively to painting was Three Rivers at the Hillsboro Gallery in 2008. This was followed by more landscapes in Cu in the Fred Gallery in London in 2010. But Beyond Carmen two years ago pointed in a new direction, towards portraiture and this latest show confirms that trend. He has moved from depicting friends to finding inspiration in art history. "I had an interest going back for years in old masters paintings". He used a series of iconic paintings made between 1400 and 1800 as raw material for these works. "I started to dismember them or blur them and play with them. What you are seeing is a remaking."

Lawlor doesn't feel fully part of the art establishment: "I'm a little bit outside the loop" he maintains. One reason for this may be his origins in print. "Print makers are seen as a lower form of life." A short-sighted view by some of a medium graced by Goya and Picasso. While he is a regular at the RHA's annual show, he has not been elected to Aosdána. This omission seems perverse when you consider not just his track record as a printer, painter and sculptor but also the many years of toil he put in to cementing the fortunes of the Graphic Studio during a very fraught period in its history - often to the detriment of his own artistic career. You would hope that his less than orthodox route through NCAD is not a factor, or that a certain directness in his personality is not distracting the members of Aosdána from doing the right thing.

Posted with Blogsy
Posted by Ardmayle at 3:45 PM