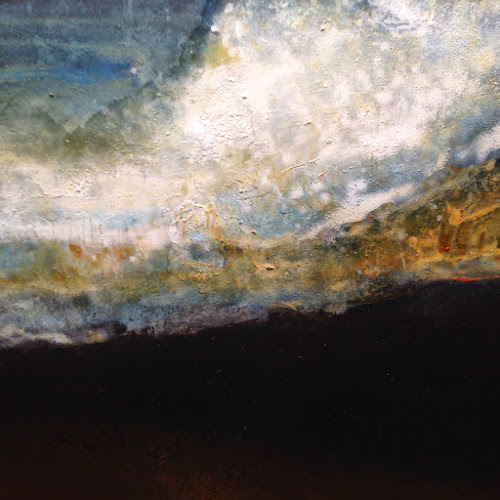 A slightly edited version of this review appeared in the Sunday Times Culture magazine on the 12th April 2015.


The power of water and its eroding impact on the landscape has long been the focus of Gwen O'Dowd's art. Twenty years ago she did a series on the Grand Canyon where the Colorado River has been carving its masterpiece for the past 17 million years. Her lengthy and accomplished Uaimh series of paintings followed, showing rock caves around our coast sculpted by the pounding of waves. Apart from some recent avian excursions, she has persisted with this rich source of imagery for the bulk of her career. Her current show is entitled Tonn, the Irish term for wave. But don't go looking for wavy verisimilitude in these paintings. In fact, in a number of them you'll struggle to find any waves at all. What they offer is a rich variety of near abstract images where sky, sea and shore are juxtaposed ambiguously for our visual delectation. There's more than a suggestion of Turner's seascapes in these works, especially in the splashes of luxuriant orange and green amidst the spume and spray. Impressive.

Posted with Blogsy
Posted by Ardmayle at 3:05 PM