Nick Miller and the Studio of Edward McGuire 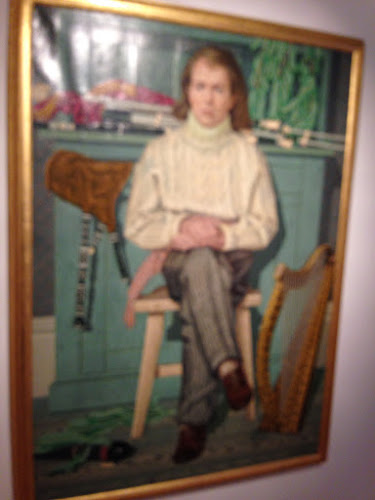 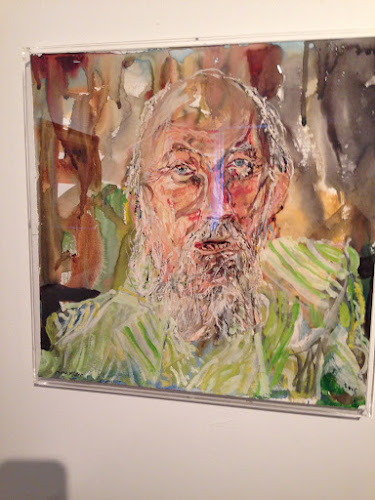 An edited version of this review appeared in the Sunday Times Culture magazine on 24 January 2016.


Edward McGuire is probably best-known for his portrait of the youthful Seamus Heaney in the National Gallery. McGuire's widow Sally donated the contents of his studio to IMMA and the current show provides us with glimpses of his working environment. We see his colour dictionary, his jazz records (Bill Evans and Oscar Peterson), his books (Walt Whitman), his numerous stuffed birds and many of the props he used in his portraiture. A wizard's outfit catches the eye. Nick Miller has responded to a number McGuire's portraits by doing contemporary versions of the same sitters including Anthony Cronin, Paul Durcan, and Wanda Ryan. We see the youthful and rather foppish Garech de Brún posed beside a harp and next to it is Miller's version (above) that captures cruelly the whips and scorns of time. The contrast is heightened by the fact that McGuire's formalised and highly artificial portraits have the immutability of still-lives while Miller's are decomposing before our eyes - pictures of Dorian Gray. An exception is McGuire's relaxed portrait of Patrick Collins who is no longer around to undergo Miller's scrutiny.