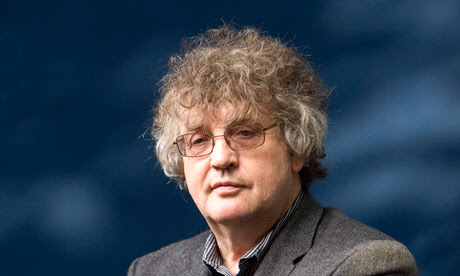 The lot of the Irish poet has improved considerably in recent times with Aosdána, writers in residence gigs, and even tenure in universities for the better ones. The grumbling compost heap in the corner of a pub is no longer typical. Paul Muldoon represents the apotheosis of this trend with the kind of career that under-appreciated and impecunious predecessors like Patrick Kavanagh could only have dreamt about. Professor of Humanities at Princeton, Professor of Poetry at Oxford, Poetry Editor of the New Yorker, and Pulitzer Prize winner are among his many achievements.

Muldoon also has the street credibility that comes from writing songs with Warren Zevon and having one covered by Bruce Springsteen. He has his own rock band at Princeton and even sports a hair style that channels the later Phil Spector. Commenting on this uncommon conjunction between high art and lower art Muldoon asserts that "coming from an Irish tradition I see no essential distinction between the poem and the song". The use of repetition and the refrain in many of his poems are also the staple diet of rock and pop music.

The new selected poems contains his personal choices from his 12 poetry collections - dating back to 1968. Reading and rereading these poems you are left with the abiding impression of playfulness. The poet is enjoying himself and so are we. He's a poet of many parts. You Can spot traces of his Northern contemporaries: Here the rural authenticity of Heaney, there the desolation of Mahon, everywhere the classical references of Longley, and there's even a soupçon of the sexual swagger of Montague - kissing and telling ("my hand on her breast"). But Muldoon has a distinct flavour all of his own - and it's the ludic spirit that predominates. The son of a farm labourer and a teacher, he brings both sides of his ancestry into his work with learned allusions from Beckett and Greek literature rubbing shoulders with pig castration and hot bricks in socks serving as hot water bottles.

He has a sensibility that can, like his beloved Metaphysical poets, consume any kind of experience. There are difficult poems, and there are obscure references, but the whole collection is leavened with humour and rueful self-awareness. Some of the poems, such as Symposium and The Old Country, are pure play. In the latter he strings together a litany of cliches to amusing effect:

Another poem, Errata, is merely a list of corrections:

But these almost throwaway pieces are counterbalanced by long sobering poems redolent with the bitter sweetness of a lost love, the brutalities of the sectarian feud in the North, or memories of growing up in rural Ireland. He is also capable of beautiful lyric moments as in: "The soft flame of a canary."

Many of the poems are built on the kind of conceits favoured by the Metaphysical Poets. Muldoon is an acknowledged admirer of John Donne and has edited his Selected Poems. This debt is made explicit in the poem Brazil where he refers to "the bracelet of shampoo about the bone", echoing Donne's "a bracelet of bright hair about the bone". Donne's The Flea is a good example of this kind of conceit, where the comparison is often more shocking than apt:

It sucked me first, and now sucks thee,

And in this flea our two bloods mingled be;

Muldoon plays similar tricks in poems such as The Soap Pig and the Hedgehog but most of all in Long Finish which could be sub-titled Shall I Compare Thee to a Simi Chardonnay. In this poem he use the conceit of a glass of Chardonnay to reflect on his long and rich relationship with his current wife interspersed with gory images of Northern atrocities:

managed to withstand an almond-blossomy

Love and lost love are recurring themes. Incantata, his moving and self-deprecating tribute to the artist Mary Farl Powers is one of the most powerful pieces in the collection:

I thought of you again tonight, thin as a rake, as you bent

over the copper plate of 'Emblements',

He even throws in a reference to Dublin art politics here: "the Black Church clique and the Graphic Studio claque". There's also a more recent tribute to Seamus Heaney: Cuthbert and the Otters - a more dense and difficult work.

I cannot thole the thought of Seamus Heaney dead.

Muldoon has been accused of gratuitous esotericism. John Banville described himself as utterly baffled by his collection Madoc: A Mystery - feeling it to be wilfully obscure. While most of the poems are accessible there are certainly difficult areas where we are free to allow our imaginations roam - one of the pleasures of poetry surely. He also sprinkles his poems with unfamiliar terms such as thole, thurified, bris, quag and quoof that send us, sometimes in vain, to the dictionary.

These days it seems that even the banal effusions of a Rose of Tralee are considered too demanding and "olden days" for our intellectually flighty populace. Muldoon's playful, intelligent, and accessible demonstration of the poet's art is a bracing antidote to all such patronising twaddle.

Posted with Blogsy
Posted by Ardmayle at 2:02 PM