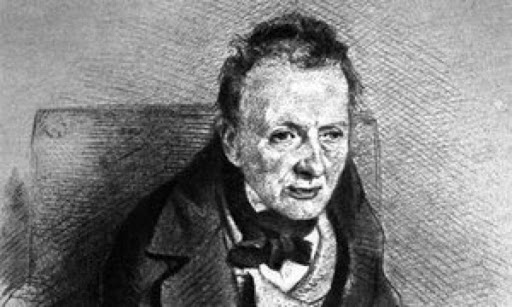 Don't be put off by the fact that this is a literary biography - it's a rollicking good read. De Quincey was a remarkably unpleasant man and unfortunately ill-favoured (tiny with a huge head). He was a child prodigy speaking Greek and Latin and discoursing with his elders in his early teens. The attendant descriptions of the literary circles in which he moved are fascinating as is the tale of his financial ducking and diving and his unfortunate domestic situation. Wordsworth comes across as a fearful old prig - he ostracised De Quincey because he married his maid. Coleridge meanwhile seemed to spend the whole of his time in an opium stupor - it's a wonder he ever wrote anything. De Quincey himself fell into the same trap but he managed to gain literary immortality by writing about it. Otherwise he produced little but journalistic hack work. It works also as a social history of early 19th Century England. One of the reasons De Quincey had no money was that he was an inveterate buyer and hoarder of books. He had to move out of one house as it became completely blocked up with his collection and he continued to rent it as a store for them.

The Blue Guitar by John Banville

Anyone familiar with John Banville's public persona and his utterances on TV or at book events will detect that he has much in common with Oliver Orme - the narrator in this novel. That's not to say that he's a thief and an adulterer like the character. It's more a matter of tone. The mordant wit, the bleak view of human kind, and of course the quality of the language. The story is a common place one of lost lust and ageing. Orme is an artist who has quit his calling and after a successful career has returned to his home town to chew over the remains of his life. Hints of Beckett here and there:  "I should stop, before it's too late. But it is too late." Highly enjoyable in an elegiac, bitter sweet way.

A House in St. John's Wood by Matthew Spender

This is a curious confection. It's written in a J'accuse tone by Stephen Spender's son Matthew. The gist of his argument seems to be that his father should have got on with his evident homosexuality and not tried to live as a respectable married man. The results of this deception were a litany of increasingly inappropriate and domestically disruptive liaisons and the perpetual misery of his mother. She just wanted a nice marriage to a famous man. Matthew's own life gets a fair share of scrutiny as well and we learn that his wife, the daughter of Arshile Gorky, vowed to remain anorgasmic as she considered sex as rape. Her sexually voracious mother may have had some influence there. Absorbing stuff with cameos from an ash coated W. H. Auden and other literary worthies.

Curationism: How Curating Took over the Art World and Everything Else by David Balzer

This book is, to steal a phrase from its introduction, "a poke at the contemporary art world" and especially at the cult of the curator. If you don't know who Hans Ulrich Obrist is you will find out. You'll find out about Documenta and Art Basel and the whole bloated circus that is the international art scene. You might wonder what Art Basel is doing in Miami Beach but that of course is where the rich collectors roam. Balzer sees an end to this phenomenon as artists regain their autonomy and curators fade back into the background. It's an interesting thesis written in accessible language.

I like these American "Best of" anthologies generally. They produce ones for essays, short stories etc.  This particular one is a tad disappointing overall. Too much boxing and fringe sport (rodeo, ice hockey) for me. There's a good essay by Sam Knight on Ronnie O'Sullivan but it's clearly aimed at a US audience who have never heard of him. There's also a revealing look at an off-duty Conor McGregor who's even weirder than he seems from my TV glimpses. The best piece is A Long Walk's End about a hiker nicknamed Bismarck who turned out to be an infamous embezzler and possible wife murderer on the run.