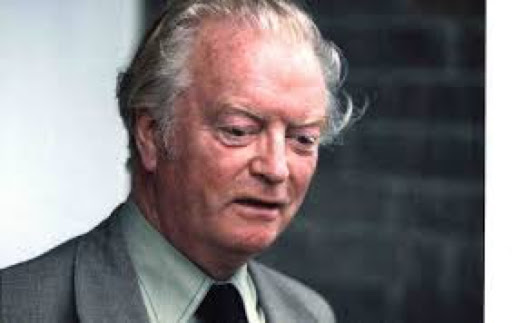 An edited version of this review appeared in the Sunday Times Culture magazine on 1 October 2017.

“Of all the British politicians I met, Sir Edward Heath was the most arrogant and obnoxious”.  So Martin Dillon tells us in his entertaining and illuminating memoir. When Dillon tried to break the ice before an interview by complimenting him on his art collection, Heath’s response was “what would you know about art?”  Dillon’s book is replete with colourful stories like this involving the politicians, terrorists, journalists, artists and writers he met when covering the conflict in Northern Ireland.  Readers of this book, and of Dillon’s other works, will concur with Conor Cruise O’Brien’s description of him as “our Virgil to that inferno”.

Dillon made his name the hard way reporting on Northern Ireland  from both sides of the political divide. It’s a credit to his impartiality that both the IRA and the Loyalist gangs were out to get him. Such has been his prowess at uncovering unpalatable truths that he has been forced to move first to France and then to the USA where he now lives. He’s had a gun stuck in his mouth by John Bingham, a UVF commander; and was warned “if you cross me I’ll kill you” by Brendan Hughes of the IRA . Apart from his reportage from the front lines, he has written a number of books on the Northern troubles including The Shankill Butchers, a chilling account of the psychopath Lenny Murphy and his henchmen. Following the publication of his latest book I suspect that he has added to his list of enemies. BBC management, British Intelligence and certain members of his own family are all on the receiving end of Dillon’s articulate indignation.

The first 70 pages or so deal with his upbringing on the Falls Road and the colourful cast of characters that constituted his extended family. He remarks more than once on the fact that three grand-uncles and a grand-aunt from the same family were gay. Not an easy thing to be in 50s Belfast and still not easy for some living relatives. One of these grand-uncles was the artist Gerard Dillon whom the author speaks of in the most sympathetic and affectionate terms. When Gerard Dillon died he left extensive diaries which were destroyed (perhaps by his sister Molly) and an archive which somehow disappeared after Dillon’s own father died. Not all the family were happy to have their homosexual members outed. He singles out the executors of his father’s will and his late great-aunt Molly for particular opprobrium.  He is also bitter about the acquisition of a treasure trove of Gerard Dillon’s paintings by the gallerist and dealer Leo Smith. The history of Irish art could do with an extended version of his story about how Smith with the connivance of James White (who valued the paintings) acquired these works for a pittance. The missing diaries and the elegant fraud perpetrated in valuing Gerard Dillon’s paintings still rankle with Dillon.

The latter two thirds of the book cover his time with the Irish News, the Belfast Telegraph, and especially the BBC. He hit the streets meeting terrorists, policemen, and intelligence agents, making his reports more authoritative than many of his desk-bound colleagues. He got to know most of the main players in the North including John Hume, whom he admired for his courage in initiating a  dialogue with the IRA, and Roy Bradford, the Unionist politician, who was best-man at one of his weddings.   His time at the BBC was full of incident. He criticises its reporting of the first Ulster Workers Council strike in 1974 when he felt the corporation was too reliant on press releases from the protagonists. Later on he was unhappy with its readiness to accept the British Government party line. He also gives us plenty of detail to support the widespread belief that the British were facilitating the activities of Loyalist terrorist squads and shines a light into the murky world of double-agents such as Freddie Scappaticci.

One curious feature of the memoir is the fractured relationship with his twin Damian. You sense the  lingering guilt at somehow leaving him behind – literally in the case of his three-year period in a seminary.  “I also felt I betrayed my twin because we had been inseparable”. They lost touch completely for many years and their relationship was never rekindled. When they met after a 15-year gap, Damian, according to Dillon, pretended not to recognise him. Elsewhere he’s giving little away. His three marriages are covered in a few laconic sentences: “I subsequently divorced Mildred and married Catherine”.

There’s much light relief away from the grimness of the Northern conflict. His story about Oxford, the stray cat he adopted will endear him to all pet lovers. He also enjoyed the company of many literary figures. He has an amusing account of a few days spent in the company of a hard-drinking Ben Kiely (above) and he also recounts an amiable meeting in Dublin with Denis Johnston and Sean O’Faolain. One writer who didn’t impress him was the recently deceased J. P. Donleavy. He recalled a visit to the writer’s home, Levington Park,  with Gavin Essler where it was clear the writer was unenthusiastic about their presence. “He was not obviously rude but he was overbearing”. Dillon’s book is so enjoyable that we’ll forgive him, but not his editors, for the odd typo such as: “deprived” for “depraved”, “ and for that tiresome use of “ironically” when it should be “coincidentally”.