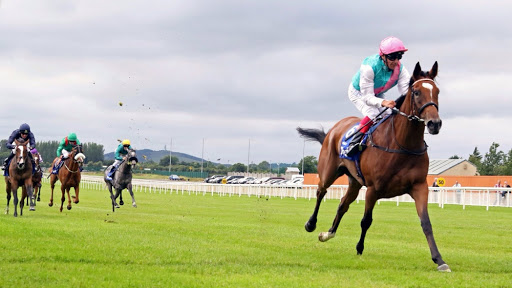 If you were to believe the bookies then Enable (above) is very likely to win the Arc today. She did me a big favour in the Oaks and then won the Irish Oaks and the King George in great style. We all like to see a great horse confirm its greatness and if she wins today she’ll be up there with Noblesse, Sweet Solera, Oh So Sharp and Treve. However, she’s a filly and they don’t have a great record in the rough and tumble of the Arc – plus she isn’t value for money at 11-10. I decided last week that Aidan O'Brien's Order of St. George at 10-1 was the value in the race. He was third last year, is a stayer on a tough course, and was hugely impressive last time out. But I’m taken aback by the fact that Ryan Moore (O’Brien’s stable jockey) has chosen to ride Winter instead of his stable companion. Winter has been racing mainly over a mile and occasionally 10 furlongs so it’s hard to see how she can be guaranteed to stay 12 furlongs on a tough course. Why Ryan why? Then there’s O’Brien’s other runner Capri who won the St. Leger in doughty fashion and who will certainly be staying on along with Order of St. George. He’s probably even better value at 22-1 and should be placed. The French runners are largely being ignored but I like the Prix Foy as a prep race and the first two in that Dschingis Secret and Cloth of Stars are available a fancy prices. The latter is trained by Andre Fabre who’s won the Arc seven times so I’d risk a saver on him at 28-1. But you know if Enable does win I won’t be surprised or disappointed. It’s a race for racing lovers to sit back and relish whatever the financial consequences.