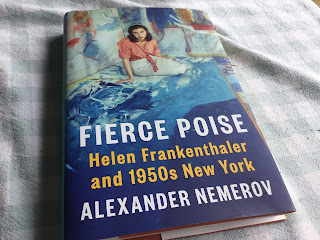 It’s a shame this book has been withdrawn in the USA – although a new publisher is apparently taking it on. The author has been deemed guilty of various sexual misdemeanors without due process. We know not the truth of the matter. It’s a masterful and highly readable biography of a fascinating character and a very great writer. Updike, Bellow and Roth are the three great 20th Century novelists and the latter was always my favourite. I was hooked by Portnoy’s Complaint and I can remember reading his last great novel Everyman recuperating from a very serious illness in the Blackrock Clinic. The phrase “the superabundance of the past” caught my attention as the elderly protagonist reflected on his dwindling future. The book traces his life in detail and shows us how he transmuted the characters, events and even grudges in his life into the stuff of literature. He specialized in getting revenge and both his wives are portrayed as needy and manipulative monsters. His first marriage to a palpably unstable woman was a disaster and while his second marriage to the actress Claire Bloom had its moments, it too ended in tears. Bloom for her retaliation in first with her memoir Leaving a Doll’s House portrayed Roth as a creepy, controlling misogynist and serial adulterer. Roth’s riposte I Married a Communist was not his finest hour and he continued to fester over Bloom’s book right up to his death. He has many admirable traits including a formidable work ethic and frequent and often anonymous generosity to friends and lovers. However, there was an undoubted cold and ruthless streak evident in his treatment of people when he decided he didn’t want them around any more. It’s hard to forgive him for the way he cast off his vulnerable step-daughter Helen. Also, many of his prodigiously long list of lovers were given short shrift when the gloss wore off. A flawed character, but aren’t we all. It’s an enthralling read both for the rendition of an interesting life and for the details of the literary world in which he moved.

I got hold of this because of a recommendation in the New York Times. It’s a memoir from a middle-class guy who went from being an impecunious musician in New York to work in the oil fields of North Dakota. It’s part philosophical meditation on where he’s going with his life and part-biography. Its strength lies however in his description of the characters he encounters on the oil fields (a veritable legion of the lost) and the milieu in which he lives. We encounter the nether world of bars, flop houses, and crystal meth in and around Williston, Dakota. It’s a well-written account of the hard grind of lives outside our nice middle-class bubble. These are not normal people and it’s rare for their lives to be captured in such detail.

The Lives of Lucian Freud by William Feaver

This is a very disappointing book. Most of us are by now familiar with the general outline of Freud’s life from the host of tell all biographies that have been published. He was a fascinating monster with a most rigorous work ethic and an unquenchable hunger for women. His basic technique was simple. He would approach women in a pub or restaurant (often complete strangers) and ask them to pose for him. Flattered by the attentions of a well-known artist, most would agree. And a high proportion of these succumbed to the inevitable once in the studio – he liked to paint at night. Feaver’s book gives lots of details about such events and the attendant messy discardings that followed. It also covers his gambling which began to peter out when he started making serious money. There was no fun in winning or losing when it didn’t really matter. The main problem with Feaver’s book is its baggy structure – it’s essentially a collection of anecdotes strung together. Its source material was a series of recorded conversations (hardly interviews) that Feaver conducted with Freud over many years.

Dostoyevsky in Love by Alex Christofi

Do not be put off by the title. Although it covers D’s relationship with his tragic first wife Maria, the termagant Polina (his on/off mistress), and the sainted and patient Anna with whom he finally settled down, there’s way more to this than love stories. For those of us who don’t have time to read Joseph Frank’s definitive five-volume biography, this is an excellent short biography which captures the main events in his life (Siberia, mock execution, literary rise, gambling habit etc.). The author peppers his account with extracts from Dostoyevsky’s notebooks and letters as well as his novels – giving us an intimate portrait of the man and his thoughts. His moral strength is evident throughout – as is his weakness for gambling. I’m amazed that his wife Anna still married him after he dictated to her (she was his stenographer initially) his novel The Gambler. If ever a book was a salutary warning, this one was. Dostoyevsky continued to gamble as desperately and as unsuccessfully as the protagonist in the novel and the poor woman continued to support him – selling her jewelry and their furniture to sustain it. His gambling medium was roulette – one governed by pure chance. An absorbing read about a great author – albeit one more quoted than read.

We are going through a period where many of the women neglected by art history, from Artemisia Gentileschi to Gwen John, are receiving their just recognition. (I can grovel to the feminists as well as the next man.) The latest one to emerge blinking into the spotlight is Helen Frankenthaler. She was lurking in the background as the Abstract Expressionist gang, that army of gunslingers, led by Jackson Pollock swaggered about New York. Frankenthaler had money (her father was a judge) unlike the rest of them and a liberal private education (Dalton and Bennington). She encountered sympathetic teachers in both schools and moved back home to New York to make a life as an artist. Ambitious and hard-working, she was also strategic in her romantic alignments. Her first serious relationship was with Clement Greenberg – a feted art critic at the time and the man who put Abstract Expressionism on the map. Later she moved on to Robert Motherwell. However, its her art that really interests Nemerov and he gives us good reason to appreciate her originality. The book focuses on the 1950s New York art scene and it celebrates that scene as well as Frankenthaler’s significance.

I generally like the cut of Rachel Kushner’s gib and have read her journalism in various places over the years in the New Yorker and the London Review of Books. This collection is a bit disappointing – few of the essays merit collecting apart from a short piece on the great Denis Johnson (Earth Angel) and the opening essay Girl on a Motorcycle.