Rebels Put to the Sword 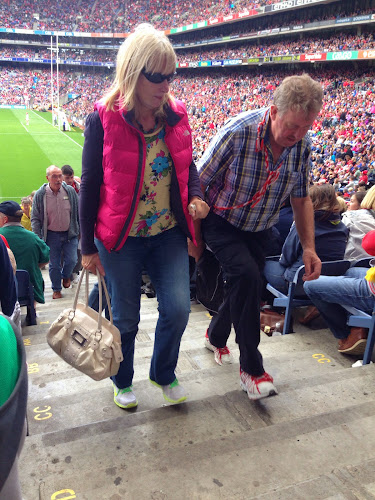 Last Sunday was bliss for fans of Tipperary hurling. Those of more venerable vintage like your current scribe would always consider Cork the real enemy, notwithstanding our recent altercations with Kilkenny. When I arrived in Cork in the early Fifties they were always just pipping us in tight matches. Ring was still a lethal force and the likes of Paddy Barry and Matty Fuohy applied cuteness and craft in equal proportions. And when I say cute I mean like a shithouse rat - not a labrador pup. I made the trek out to the Gaelic Athletic Grounds for all their encounters - and rarely returned jubilant. The great wheel of hurling fortune would turn later in that decade but my earliest memories are of Cork winning tight matches. I remember well a judicious hurley thrown by Matty Fuohy that robbed us of a Munster Final.


Heading off to Croke Park last Sunday on the DART from Dalkey I was anticipating that a young and hungry Cork team would put away a Tipp team that contained many skilful hurlers but that seemed to lack the heart for the physical battle. So sure was I that I bought some financial consolation in the form of a substantial bet on the Leesiders. I am a faithless hussy when it comes to gambling. I got a good seat in the Lower Hogan Stand and was with a Cork friend and rabid hurling enthusiast. It was such a nice day that we just stood around and watched the crowd grow rather than head off as usual to the Gravedigger's for a few pints. The North Circular Road and Jones's Road were en fete and as always the fans mingled cheerfully.

Cork folk outnumbered Tipp by nearly two to one. Last year's heroics had created expectations. The match was slow to get going but it was clear from early on that Tipp were very cranked up and seemed to be winning the physical battles. Cork were being given no room and it showed in a lengthy sequence of wides. Darren Gleeson in the Tipp goal hit a colleague almost every time with his judicious puck outs and this generated great momentum. As the game moved into the second half Tipp just pulled away and Cork couldn't keep up with them. A seminal moment in the match occurred when John O'Dwyer blocked a lethargic Cork clearance, latched on to the ball and hit a glorious point from an acute angle. This incident summed up the match. Tipp were the sharper and the hungrier.

Cork never got going. In all my years watching Cork hurling I have never seen them so put down. My friend, a personable and loquacious man, was rendered mute at the awfulness of it all. Cork fans were leaving in numbers a full 10 minutes before the end. I preserved a dignified and merciful silence while inside I gloated in a disturbingly atavistic way. Of course all this will be dust and ashes if they don't complete the deal on the 7th September. It's time to have a serious bet on Kilkenny.