The End of the Tour - David Foster Wallace Imagined 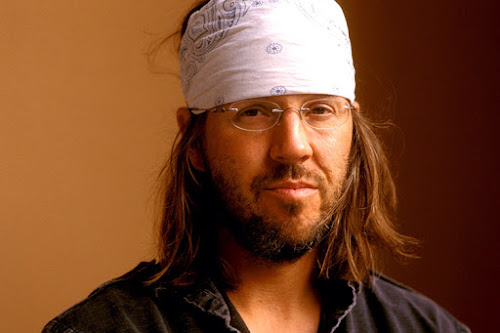 I am an unabashed fan of David Foster Wallace. I like the self-deprecating humour and sharp observation of A Supposedly Fun Thing I'll Never Do Again. I love his highly technical and insightful pieces on tennis - especially the essay on Michael Joyce. And I bow in awe before the cornucopia that is Infinite Jest. I'm not mad about his footnotes but that's a foible I'll accept because it's a small price to pay for the quality of everything else.

The End of the Tour depicts a promotional road trip with Wallace and the Rolling Stone writer (and Wallace memoirist) David Lipskey following the release of Infinite Jest. Jason Seger absolutely nails Wallace, capturing the slightly shambolic physical nature of the beast. He also captures the caged wariness of a writer who always seemed too thin-skinned and sensitive to survive in this world. The dialogue is based on Lipskey's recordings of their discussions and it exposes the uncertainty and anguish that was his constant burden. Aside from the big questions a lot of interesting incidental stuff comes up in their chats such as his reasons for wearing his bandana - sweat absorber and security blanket. Anyone interested in what made Wallace tick should check it out but it also exists in its own right as an absorbing road movie. I found it on iTunes but I'm sure it's available elsewhere.

Posted with Blogsy
Posted by Ardmayle at 6:36 PM