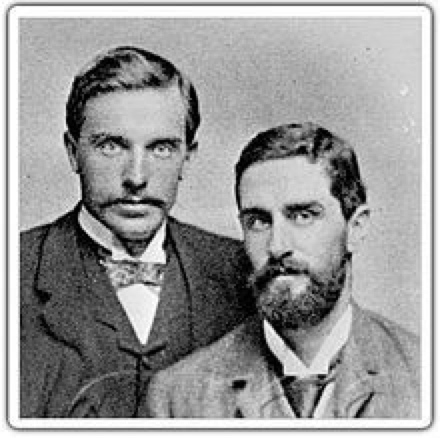 An edited version of this review appeared in the Sunday Times Culture magazine 0n 20 August 2017.

The tragic trajectory of Roger Casement’s life – from humanitarian hero to death on the gallows –  continues to engage historians and novelists. Following Mario Vargas Llosa’s 2012 novel The Dream of the Celt that focused on Casement’s last days in Pentonville Prison, Sabina Murray brings us a more rounded portrait of this intriguing character. Her entertaining and historically persuasive novel blends the personal with the political through his relationships with two friends: Herbert Ward (in photo on left with Casement) and Sarita Sanford-Ward, and a host of contemporary characters. Ward was a famous explorer, writer and sculptor who travelled in the Congo with Casement and became a close friend. Sarita was an Argentinian-American heiress who married Ward and who welcomed Casement into their extended family.

Murray’s novel borrows and tellingly makes plural the title of Sarita’s 1927 biography of her husband:  Herbert Ward: A Valiant Gentleman. Casement’s unspoken love for Ward is a recurring motif. Only occasionally is it made explicit: “Ward leaned right against Casement’s chest and Casement feels that hope – a mistaken drunken hope – flickering in his heart”. Their friendship was so strong that Ward named one of his sons after him – only to change it by deed poll when Casement was disgraced. Their gradual growing apart began when Casement’s interest in colonial abuse shifted from Africa and the Amazon to Ireland and the final break occurred when Ward heard of Casement’s recruiting activities in Germany.

Murray has stated that “historical fiction distinguishes itself by occupying a culture rendered alien to the reader through passage of time”. Her novel certain fulfils this prescription in transporting us back to the multiple milieus in which Casement and his friends operated. We follow their exploits from the Congo, to New York, London, Cape Town, Paris, Putumayo, Berlin, and there’s even an interlude on Inishmaan where Casement enjoys a pint. Murray displays a deft touch in managing harmoniously these abrupt shifts in locale and time. We are never confused as to where we are and with whom. This is a human all to human Casement. He’s Roddie to his friends (as he was in real life) and we follow the mundanities of his daily round, his eating and drinking habits (he likes a gin and tonic) as well as his excursions to Turkish baths and his adventures in New York bars.

Murray, like Llosa before her, and most historians, clearly accepts that the Black Diaries were genuine. This is a debate that is still running however and as recently as 2012 the historian Angus Mitchell maintained that they were the result of a carefully managed smear campaign by British intelligence. Whether forgeries or not their judicious leaking had the desired effect. It assured in the short term that petitions for mercy could be ignored and in the long term it was designed to tarnish the legacy of a dedicated enemy of colonialism. The Daily Express of the day referred to him as a “pathic” and a  “moral degenerate”. Murray takes a benign view of all this with the sexual interludes depicted as victimless aspects of daily life. This attitude is confirmed by her employment of the quaint contemporary term “musical” as a synonym for gay.

While the three main characters dominate the action Murray draws in a multitude of historical figures as bit players, with a few tart judgements appended. We meet Joseph Conrad in the Congo, John Devoy in New York (Murray has a dig at the armchair Republican), John MacBride, and the indomitable Alice Stopford Green (an early influence on Casement’s burgeoning Republicanism). We are also introduced to the Irish whiskey heir James Jameson who connives in cannibalism to provide a subject for his watercolours.

Sarita emerges as the most sympathetic character of the three protagonists. The only one who is clear-eyed about her motives and consistent in her allegiances. The Casement we meet  is far from the tortured soul we might imagine from our history. Murray restores his humanity depicting a warm, personable, albeit conflicted man. We encounter him at play with the Ward children and trekking with his beloved dogs. He is at home in hammocks and in chateaux, eating bush rat and veal cutlets, socialising with lords, plutocrats and semi-naked natives. His conflicts arise from his homosexuality (a serious crime at the time) and from his slowly emerging sense that the natives in Ireland are also suffering subjugation and abuse at he hands of their colonial masters, his erstwhile employers.