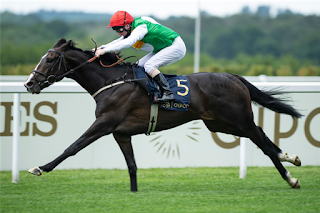 The Derby at Epsom looks to be the most open in years. When you add the relative inexperience of most of the field to the quirkiness of the track it’s hard to make a convincing case for anything. Of the fancied horses Kameko trained by Andrew Balding was a good 2000 Guineas winner but I don’t see him staying 12 furlongs; and English King trained by Ed Walker didn’t seem to beat much in his trial.  Aidan O’Brien as usual has multiple runners. He keeps talking up Mogul who didn’t impress at Ascot but will certainly improve and I liked the run of Vatican City in the Irish 2000 Guineas - he was finishing very strongly. Ryan Moore seems to agree with his boss as he’s selected Mogul from O’Brien’s many runners and Seamie Heffernan has selected Russian Emperor. The most impressive trial I saw was Pyledriver’s comprehensive win in the King Edward VII Stakes at Ascot. If he was with a high profile trained like Gosden or Stoute he would nearly be favourite. But because he’s trained by William Muir you can back him at 16-1. I’ll be having a few bob each way at that price - with a saver on Vatican City, although he seems to be Ballydoyle’s least fancied with Padraig Beggy assigned to ride. (He’s a former winner of the race of course.) The Oaks looks like a straight match between Love and Frankly Darling and I think Love will prevail. She was hugely impressive in the 1,000 Guineas.