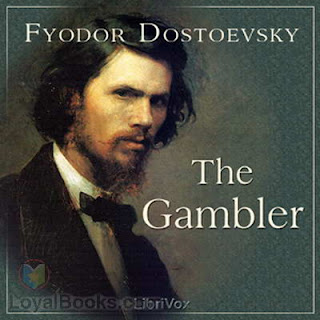 Another profitable day thanks to Henry de Bromhead’s pair Bob Olinger and Put the Kettle On. The former was my strongest fancy of the week and featured in all my multiples as well as in an individual bet. He won very easily and looks a class act. The latter was backed more in the hope of place money than confidence as I didn’t see Chacon Pour Soi been beaten. However, she stayed on very gamely up the hill to confirm her liking for the course - and deliver on de Bromhead’s positivity in a pre-Cheltenham podcast I caught. In addition to these I had two agonizing seconds: Entoucas and Kilcruit. Entoucas would have won easily but for a mistake at the third last - as it was he only failed by a diminishing head. Painful - although I had him each way at 9-1. Even more painful was the narrow defeat of Kilcruit in the last. He was the victim of a resourceful ride by Rachel Blackmore on the winner Sir Gerhard who controlled a slow pace from the front and kicked clear at a crucial stage. Paul Townend on Kilcruit will look back in anger at his performance. Elsewhere I managed to back the only one of Nicky Henderson’s four horses (Monte Christo) that didn’t get placed in the Coral Cup. Annoying. Eklat de Rire was doing fine in Monkfish’s race until he unseated my good buddy Rachel.

Day 3 is my least favourite day and unlike the first two days I don’t have any very strong fancies. I will of course be betting but with restraint. I don’t want to fuck up what’s looking like a profitable meeting by going all Dostoyevsky. (I’m reading biography at the moment - he was notorious for cranking up the stakes when he was on a winning streak.) I’ll mainly be looking at each way value. I like a couple of Henderson’s in the earlier races. Fusil Raffles looks good value at 16-1 in the opening race although I expect Envoi Allen to win. There are just 8 runners so it’s a good race for each way value. In the Pertemps Final I fancy Champagne Platinum to run into a place at least - he’s one of the classier contestants and has a reasonable weight. The Ryanair is very tricky with Mullins having four runners - all with chances. I’ll go for Min (4-1) as he won it last year and is Townend’s selection. The Stayer’s Hurdle is a similar puzzle as Elliott/Foster has three lively contenders. Fury Road is a tentative choice as he’s the youngest and so seems the most likely to improve. Joseph O’Brien is due a winner, as is McManus so A Wave of the The Sea at 12-1 is worth a few bob in the Paddy Power Plate,