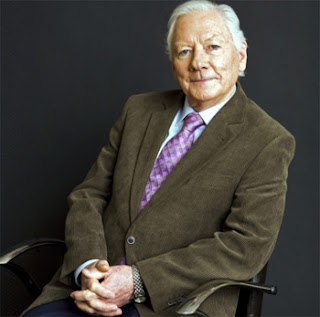 Gay Byrne for president – how can such a thing be. At a time of radical questioning of the status quo, and of the institutions that got us into this mess, how could anybody think that a retired entertainer from a bygone era should be president. We need someone with an open mind – not a dogmatic conservative with Victorian ideas about crime and punishment. And I would also question whether he has the intellectual heft for the office. He’s a lightweight who once tapped into the zeitgeist but is now a burnt out case.

Witness his daddy knows best fulminations in his role with the Road Safety Authority – gloating over a heavy sentences handed out to some woman in the UK. Remember his nasty ambushing of the fragile Annie Murphy on behalf of his old buddy Eamon Casey. Or indeed his failed ambush on Gerry Adams – someone who knew how to look after himself. But his worst moment for me came on his radio show (sometime in the mid-Nineties) where Thatcher was touting her recently published autobiography. The questioning was anodyne and non-contentious - no challenge on the hunger strikers for example, and no mention of her breathtakingly arrogant dismissal of the 1984 NI peace proposals (“out, out, out”). But we don’t expect depth from Gay so no big surprise there. What did dismay me however was the appallingly unctuous tone he adopted. His normal confident chirpiness was replaced by a kind of craven deference – voice lowered, delivery slowed down, reverence in every word. And this from our leading national broadcaster to a woman whose contempt for Ireland was palpable throughout her career. Shameful.

Lord he is not worthy.