Two of the Good Guys

Two of the good guys in the art world died recently - Lucian Freud and Bill Crozier. 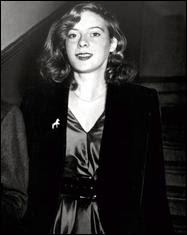 I first encountered Freud's work in the original Tate in London back in the late Sixties. It was a very graphic nude of Lady Caroline Blackwood - capturing perfectly the feral nature of that aristocratic troublemaker. I liked his unromantic vision and the too too solid flesh of his nudes. He also gambled, loved dogs, and led a resolutely raffish life - all positive signifiers for me. I wasn't a fan of his celebrity nudes (the Kate Moss one was vacuous, lacking the bite of the Blackwood) but I did like his depiction of the Queen as a grim old broiler, and he was merciless on himself in his self-portraits.

Crozier was an amiable cove. I met him a few times after openings in Taylor Galleries and always found him a friendly and unpretentious figure. I remember one incident in Buswell's where he had joined me for a pint after a show and he refused to budge when a member of the Dublin art world's inner circle tried to relocate him into her group nearby. He lived in West Cork for much of the year and I would bump into him regularly down south. I wasn't a big fan of his landscape painting - too bright (even garish) and formulaic for my taste - although I did like his still lives and his early more expressive work. I like my landscapes dark, dank and mysterious - more Wordsworth than Pope. He was fond of doing prints and did some very smart work for the Graphic Studio Dublin and the Stoney Road Press. These worked best for me.
Posted by Ardmayle at 2:50 PM